5 Dirty Tricks Bartenders Use to Take More of Your Money

We’d like to start by saying, we love bartenders. Seriously. The VAST majority of them are hard-working, honest people who only “steal” when they’re giving you, their longtime regular, a shot on the house. But like any profession, there are some bad seeds; bars and their keeps who — often with some nudging from management — use little scams to either shortchange customers or squeeze extra cash out of them.

To help ensure you’re not one of those customers, we asked several bartenders to share with us the shady side of the business. And they gave us these five bar tricks that you should absolutely watch out for.

Pouring top shelf, unrequested
Bartenders are evaluated by their managers on many things, but the most quantifiable is the dollar amounts they ring up. So when you order a vodka soda and the bartender automatically pours Grey Goose — even though their well contains the words “charcoal filtered” — he’s just upped his sales considerably. You’ll either assume that’s what a drink costs at this bar, or you will notice but say nothing, since how cheap do you look sending back a drink because you wanted lower-grade booze?

Not mentioning the automatic gratuity
Since saying, “That’ll be $11, tip included” is kind of a mouthful — and will undoubtedly need to be repeated multiple times over blaring renditions of “Glory Days” — often the bartender will neglect to tell you that the price includes the tip. If you pay cash, ask. If it’s on a card, look to see if there’s a line that says: “ADDITIONAL gratuity.” Feel free to tip twice, but just know you’re doing it.

Icing your drink down
Ice is a bartender’s best friend. Oh, you think that gin and tonic you just ordered was a heavy pour? Nope, it’s just that your glass is mostly frozen water and the taste of a strong drink comes through as a result. And thinking he just did you a solid, you tip accordingly. 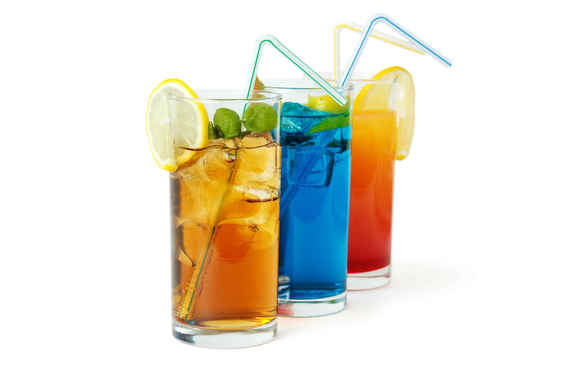 Using fewer liquors than the drink calls for
This is pretty much impossible to do anywhere they mix craft cocktails (or, really, in any bar where people aren’t just crazy partying), but if a group of folks comes in after a two-hour pregame and orders Long Island iced teas, there’s a decent chance they’re getting rum and Cokes with some sour mix thrown in. Same goes for an Adios, Mongolian, or any other drink that ends in an unprintable word.

Skimping on the mixers
Bartenders know that customers notice light pours. But few people complain if they get a nice stiff Jack and Coke that just happens to be light on the Coke. A drink that’s not entirely full (or that appears full with the help of additional ice) and is missing some mixer gives the impression that you got “hooked up.” It also ensures that you finish the drink faster.